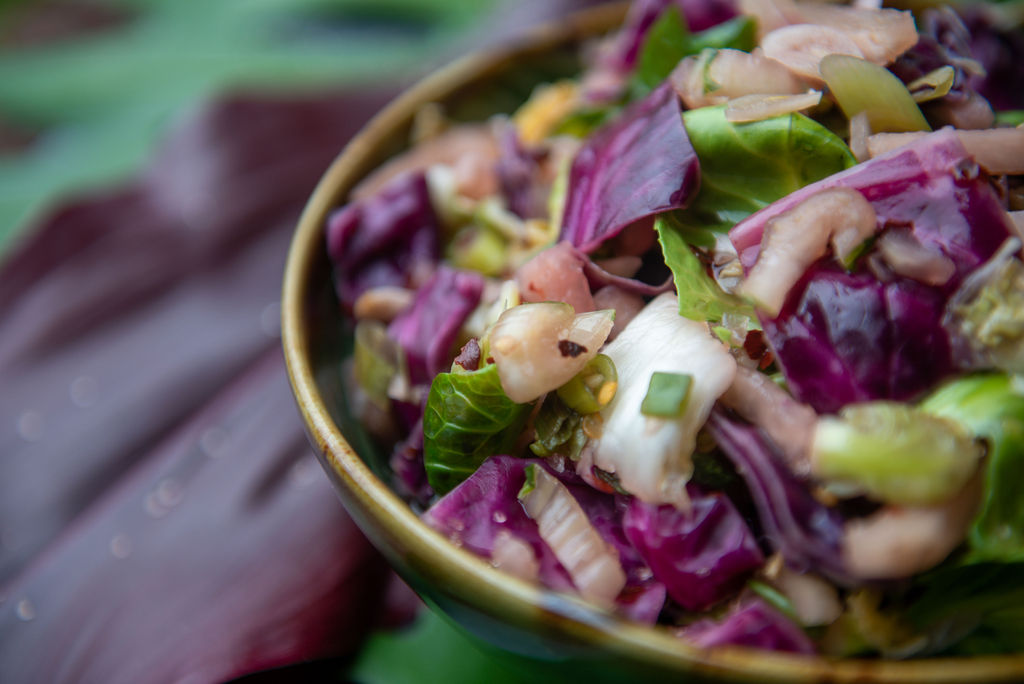 Cut Brussels sprouts at the stem end and separate the leaves.

Sprinkle the salt over the vegetables. Mix well.

Add cold water until just covered and soak for 3 hours. The soaking kills off any harmful bacteria, softens the leaves and pulls out moisture from the cabbages. The remaining bacteria called lactobacillus converts the sugars and carbohydrates into lactic acid, which preserves the vegetables.

Drain and rinse three times. Drain well in a colander for 15-20 minutes, and squeeze out any extra water.

In a gallon jar spread this paste between layers of rinsed cabbages wearing gloves to prevent the burn from the pepper flakes.

Cover and let it ferment (bubbling) at room temperature for at least two days occasionally opening to allow the carbon dioxide to burp out.

Keep it in the refrigerator covered up to six months.