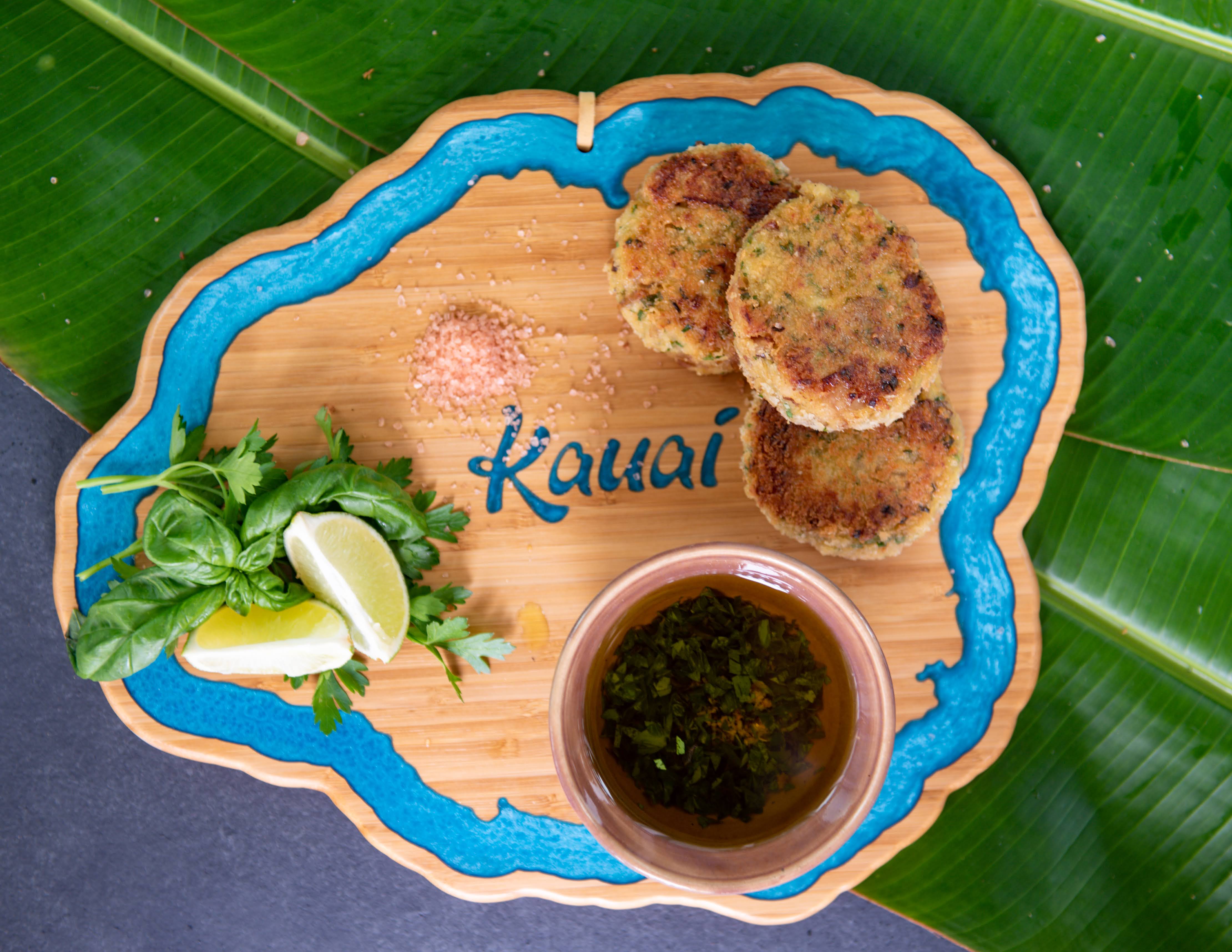 In a large bowl mix all ingredients except the olive oil with half of the bread crumbs, gently folding in the fish at the end to keep its visual appeal.

Form eight balls from the mixture

Flatten into 1/2” thick disks and dredge in the remaining bread crumbs.

Saute the fishcakes in the olive oil in batches till golden on each side and set on a paper towel to rest.

Combine and rest 2 hours for the flavors to mature

Light and slightly smokey it pairs perfectly with the Trittata sauce which is both, salad or sauce as noted here. Very similar to Chimichurri.